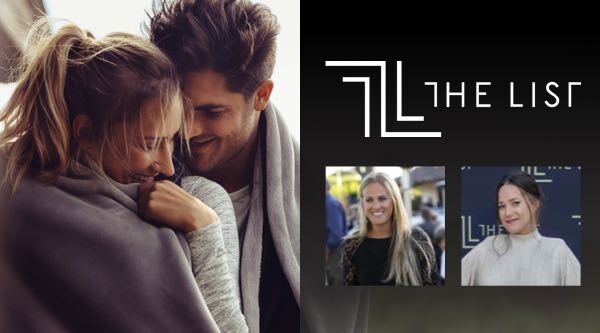 Every week from now until our September 24th Female Founders Summit, Beta Boom and Womenpreneurs will be highlighting one of our 2020 Women’s Startup Academy companies and founders. This week, we are highlighting Constance Curtis and The List.

A successful event planner, Constance used self-service dating apps but quickly tired of the endless swiping and messaging that rarely ended in an in-person date. Even when she was able to go on a real date, she found that her dates were not often truthful about their interests or their pictures didn’t match their appearance.

And she’s not alone. In 2019 a dating service study found that millennials spend on average 20 hours per week using dating apps (in the U.S. dating is a $4B industry). Unfulfilled by self-service apps and with a busy schedule, she visited a traditional matchmaker (think of Netflix’s popular show “Indian Matchmaking”) who took on a more low-tech approach to matching singles, at a steep price tag. On average, traditional matchmakers in the U.S. charge on average, between $10,000-$25,000.

Constance realized there had to be a more efficient way for business professionals like herself to date, so in the spring of 2019 she created The List. Based in Los Angeles, The List leverages human matchmakers, the ease of use of a mobile application and efficient data-driven algorithms.

Despite the pandemic, Constance has seen over 30% month over month growth since March. When asked about The List’s growth during these unprecedented times Constance stated, “Now more than ever people want to connect. Our matchmakers and the app allow them to do so in a real way, without wasting valuable time.”